Let the Future be decided in Small Places

In my works there is an abundance of semi-abandoned constructions that appear contained by theatre stands. As if we were the last spectators of some function to which we either arrived early or late, in these works the surrounding natural space appears to take the central role. The apparent “lack of event” allows me to develop scenes where the dispute is situated inside and outside, as if centre stage comprised the stage, the backstage and the surrounding building.

The landscape allows me to displace the main role of the human in order to propose places where, although we are “out of shot”, we are no longer the only actors. The series of works The past will have been a strange planet shows small canvases painted with acrylic and graphite where storage rooms, obsolete machinery and improvised tests on architectural remains coexist with our waste, vegetation and non-human animals.

This interaction allows outcomes and narratives to develop on another scale. Perhaps the “time without time” that we have experienced during the pandemic could serve as a guide, as it has undoubtedly amplified already existing needs and intuitions: the desire to live in a time not chained to the means of production, to be able to attend to the secondary or almost insignificant and, above all, overcome the hauntological anaesthesia that reminds us of the nostalgia of any prospective attempt to realise the future.

In some works in this exhibition, improvised signs appear, recently dismantled or in the process. No more dystopia shows the Hollywood sign transformed into a new emblem on Mount Lee in Los Angeles. Made during the months of confinement in 2020, this work proposes a reflection on how to imagine better worlds in which to be together again. A group of inter-species workers toils in the groping search for a habitable future despite the fact that it is proved, again and again, that all futures are cancelled.

With each work I try to place the viewer outside the time scales and perspective that we are used to. In the series At the previous life I develop a narrative thread in a loop between a past disaster and a utopian future. The window of a dismantled car opens up a new scenario where we regain hope, a “New Island” that returns to give way to the same cycle. This lack of definition seeks a way of looking, in which the past and the future are intertwined, the small and macro follow each other, the details are decisive and perhaps, like a butterfly effect, it is about being able to observe very big things from a reduced scale.” 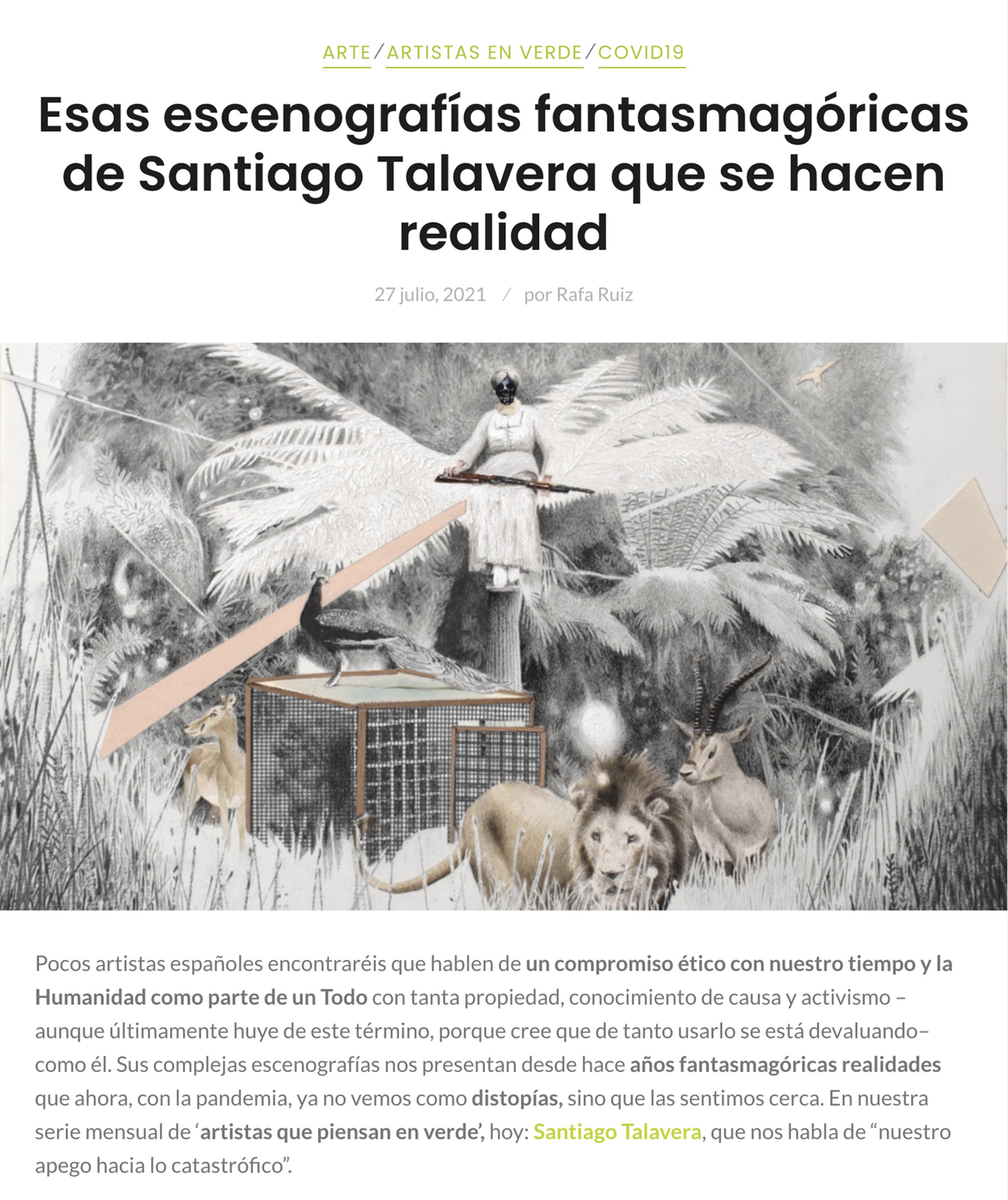 Thanks to Rafa Ruiz for interviewing me at SIGNUS Ecovalor.
Read More... 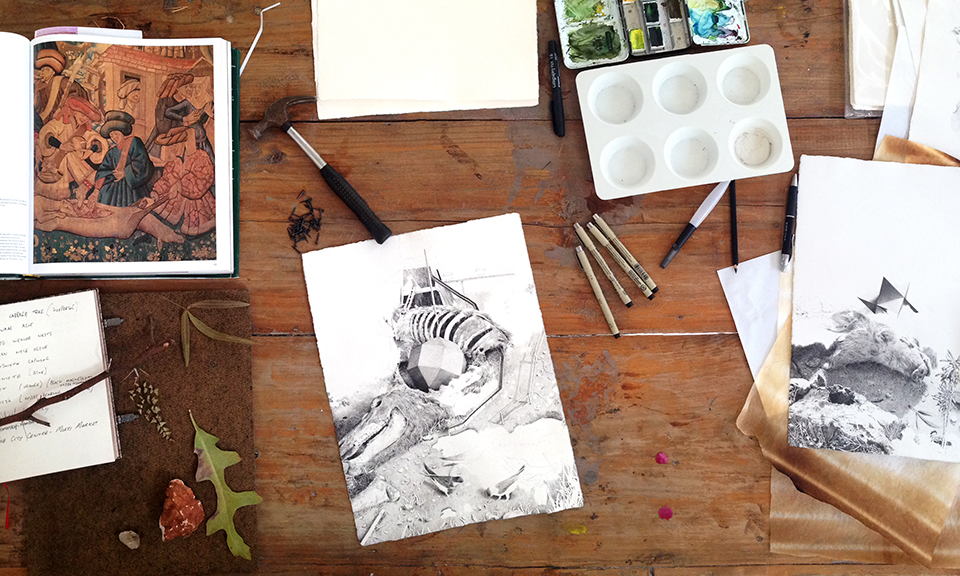 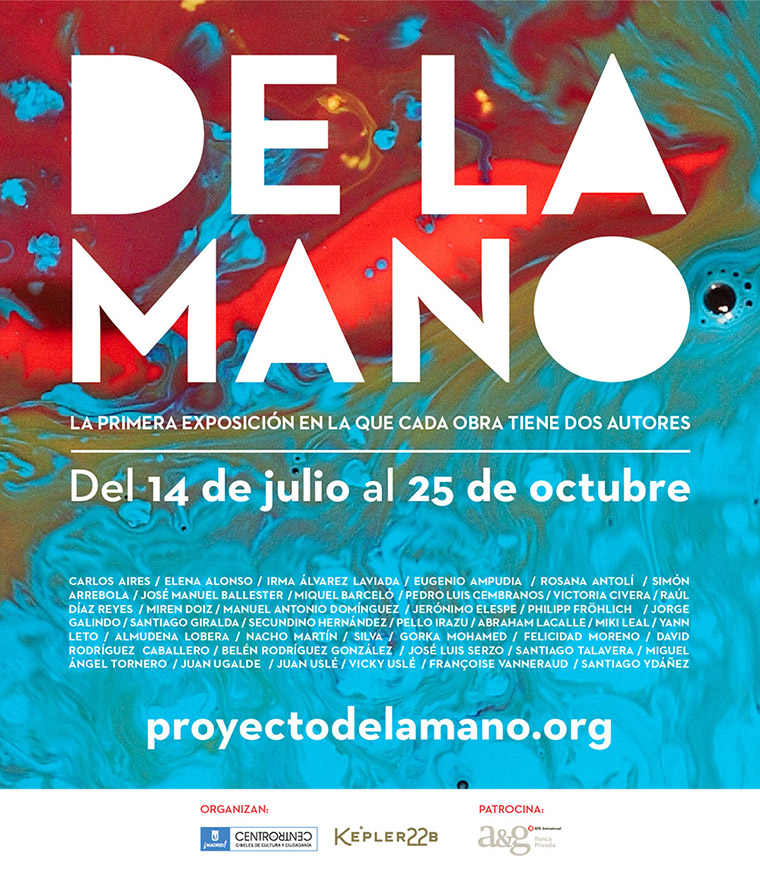 Next july 14th I participate, along with wonderful artists in the exhibition “De la mano” at the Palacio Cibeles. I’ve been fortunate to translate into a little paper the wishes...
Read More...
@