Something is hidden there

In a catharsis of generosity, Santiago Talavera moves his studio to the gallery space in this exhibition whose title, Omnia Mea Mecum Porto (All My Things I Carry With Me) is a quote from Cicero. The spectator gets into the artwork in a literal way, and observes the work in the natural environment where it has been created. The artist rebels himself against the aseptic white cube dictatorship and generates a new experience in which the visitor becomes a part of the slow, progressive working process. 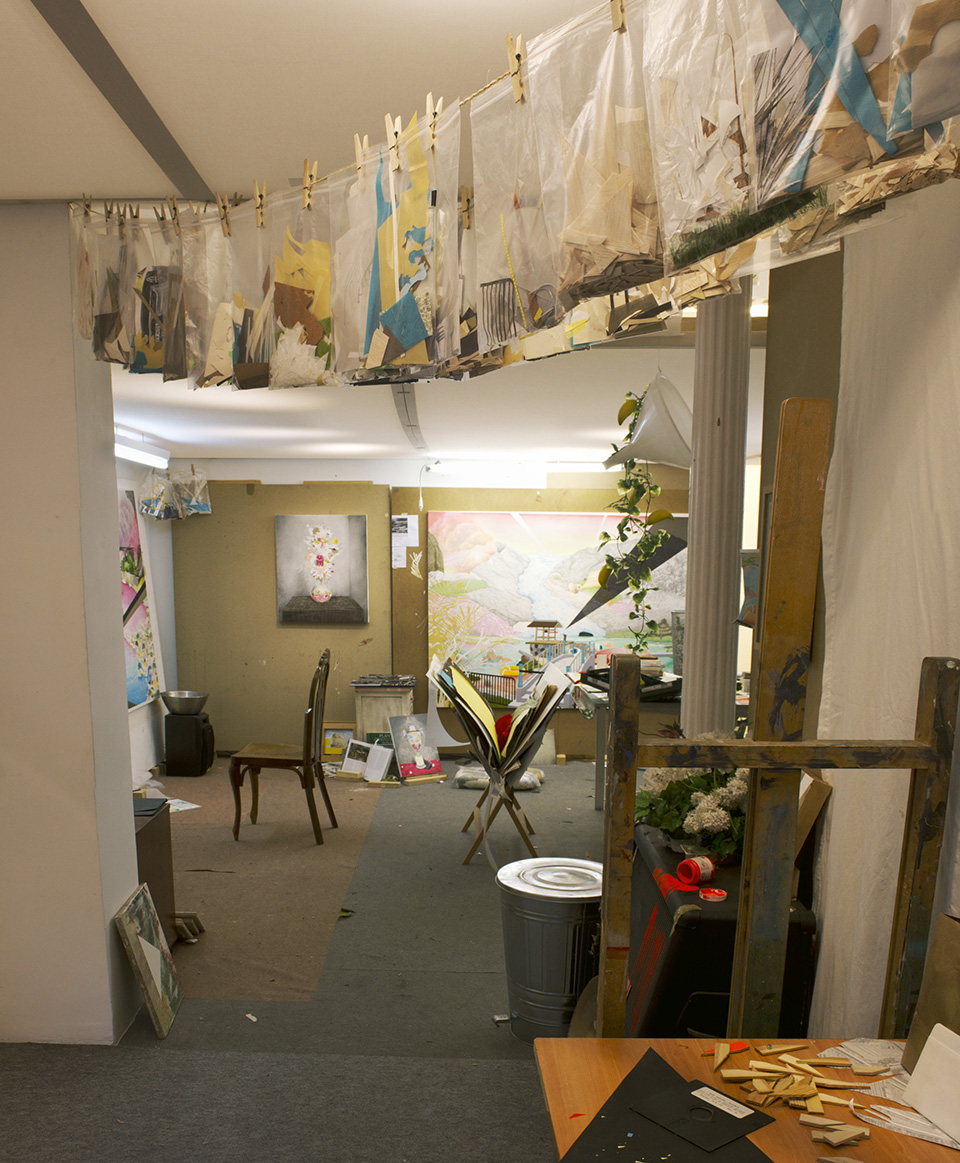 The workshop, a space of intimate creation, appears covered in magazines, clippings, books and paint, which are the materials involved in the creation of new pieces. It is a trial-and-error space, an experimental laboratory that becomes accessible to the public. There, we witness his obsession with accumulation and his ability to generate scenes inside other scenes, following an innovative reading of the paranoiac-critical method and struggling to re-elaborate the bidimensionality of the image in a three-dimensional space; we must not forget that we are now inside a studio.

The exhibition defines itself as an extension of the place from which everything emanates. It is a question that has concerned Talavera for years, because his workspace is at the same time a prolongation of his own works, in which the scenes arise without a previously arranged plan: strange and suggestive compositions whose virtuosity and technical mastery evoke the great masters of painting, and pictures that look like a space where something is about to happen, or has already happened. Actually, there is a sort of fierce visual bulimia that makes him generate infinite images crammed with objects, and shows his obsession with excess and accumulation. For example, his landscapes composed by layers, added elements and repetitions which link apparently unconnected iconographies through an oneiric baroque sensibility whose Boschian meticulousness, in reality, hides a paradoxical meditation about the idea of contained landscape. 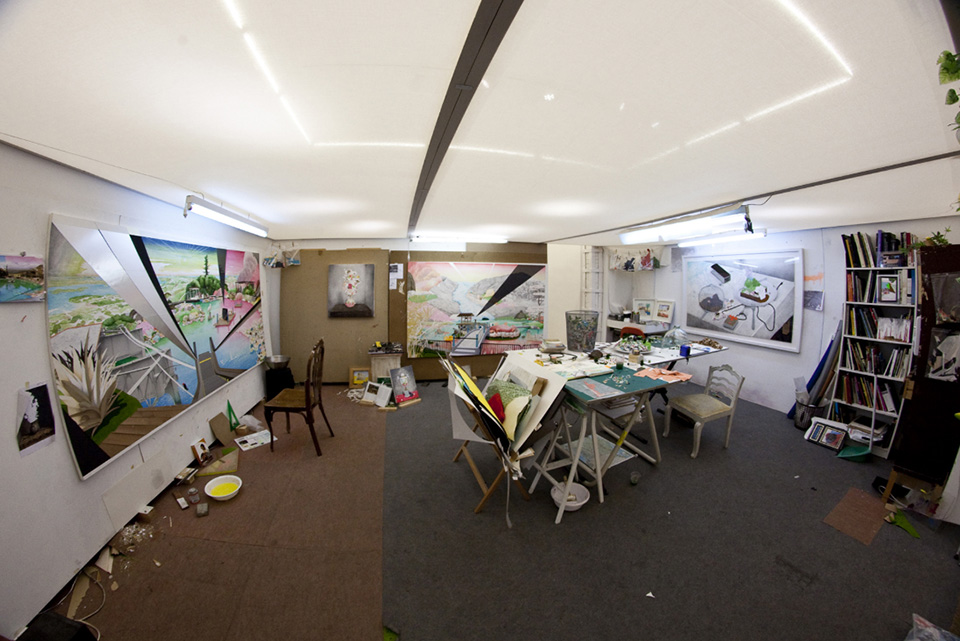 For the artist, painting, drawing or collage are a means to reconstruct the space and explore the possibilities of optical illusion. Reality is the starting point for the reconstruction of a language in which the idea of time as an imperturbable measuring system features most of these images. His work is a construction of visual and poetic metaphors that deal with the present time through apparently chaotic landscapes. These scenes are at their boiling point, and we can perceive an imminent change that culminates in this exhibition, where we have the chance to discover hidden corners and unnoticed details. 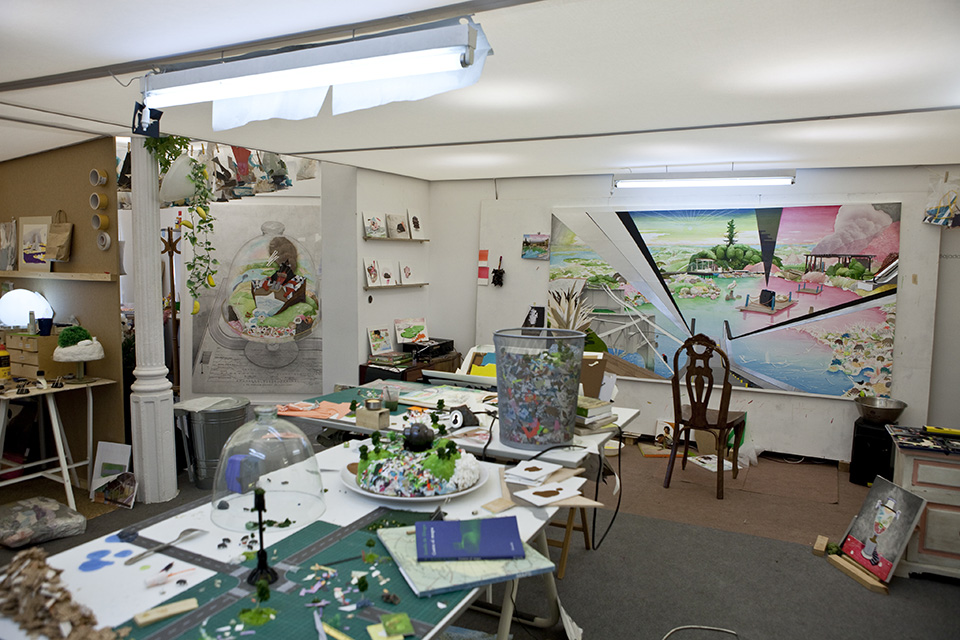 By moving his studio to the gallery, Santiago Talavera tries to dispossess himself from the material dimension in an outburst of radical sincerity, in order to show all things involved in his creative process and also in the environment where it takes place. He aims to empty his studio in order to start working from zero; to contemplate the studio itself as a landscape, and to make us accomplices of all the things he carries with him. 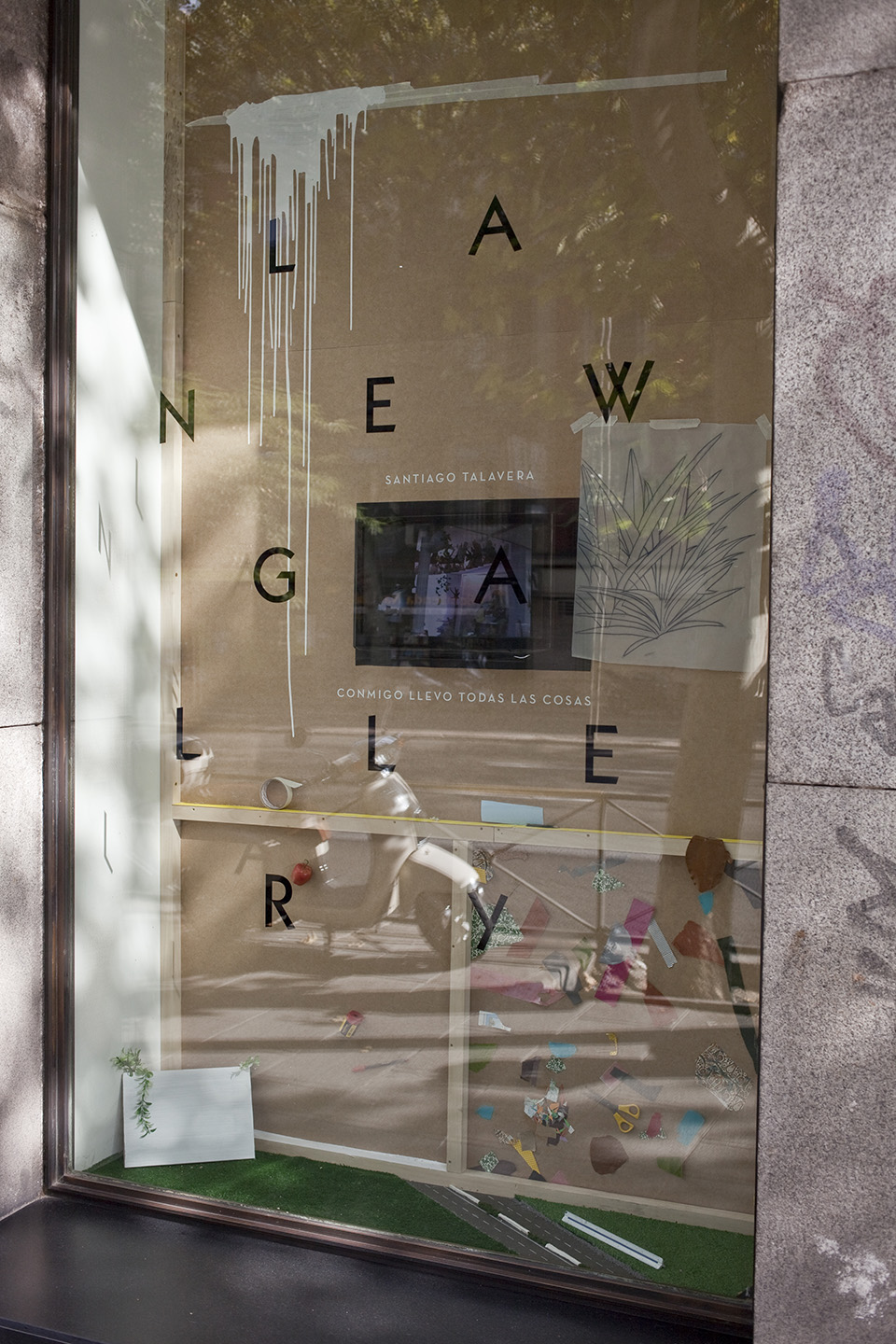 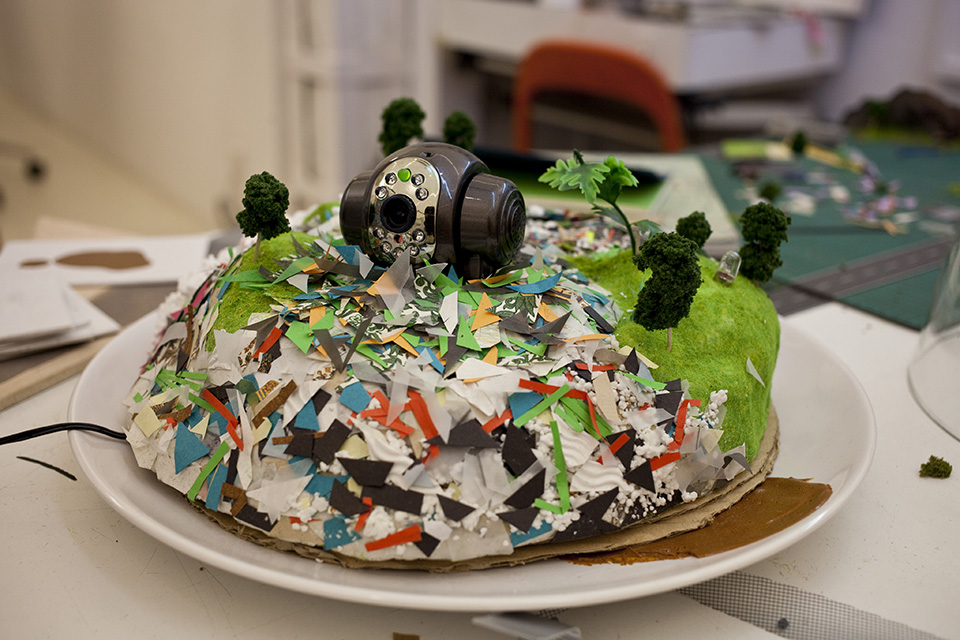 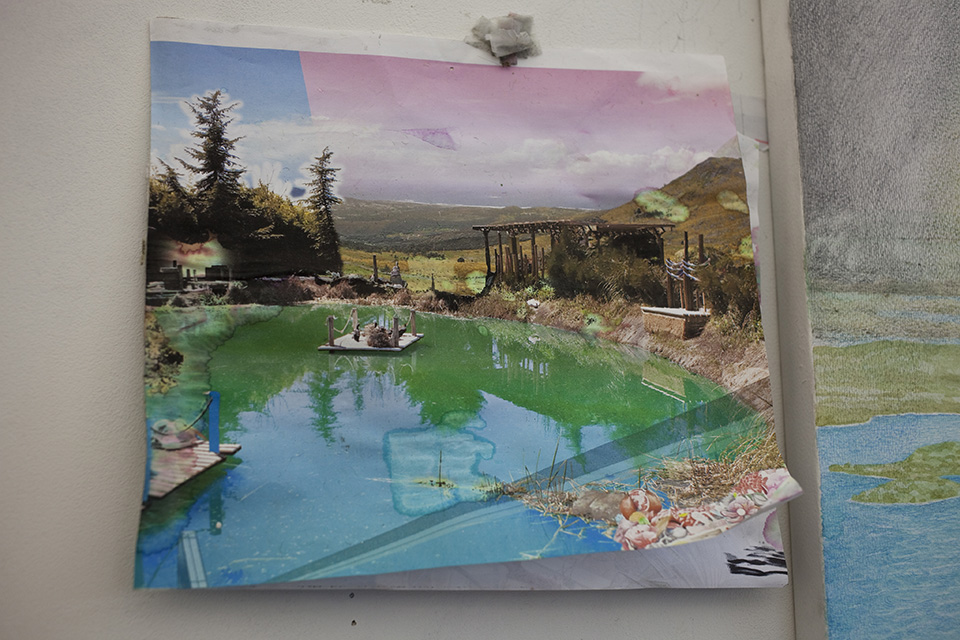 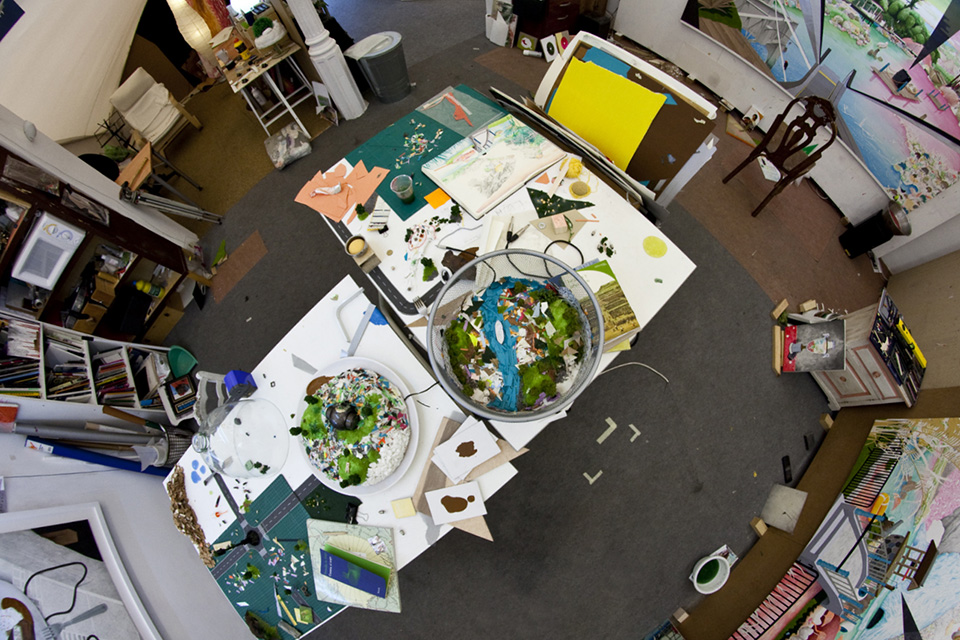 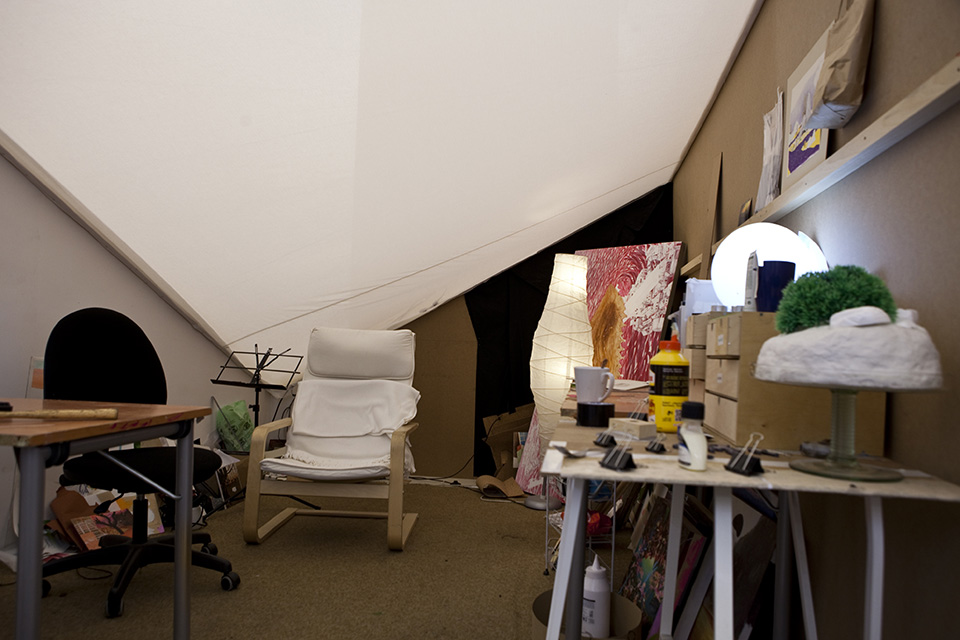 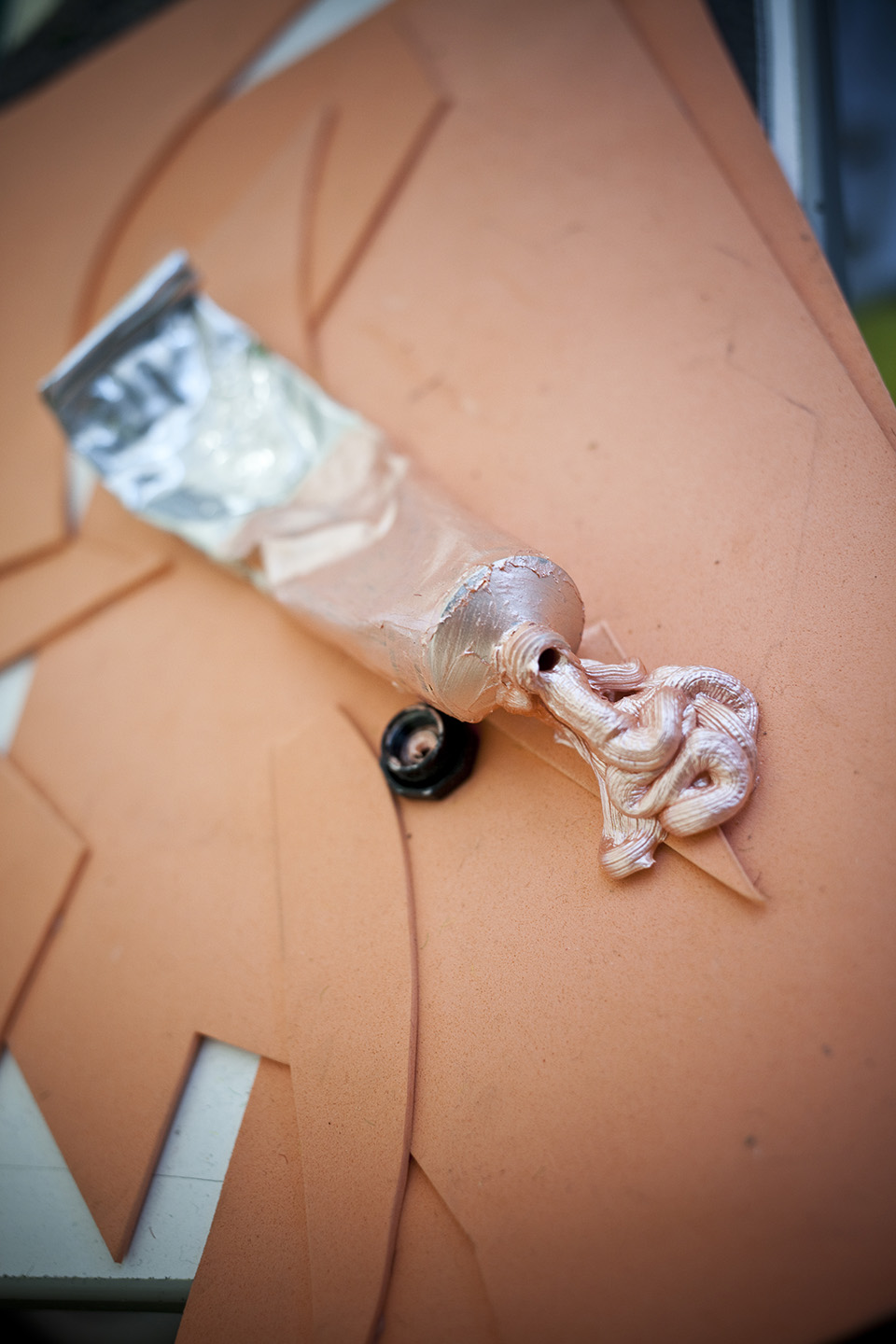 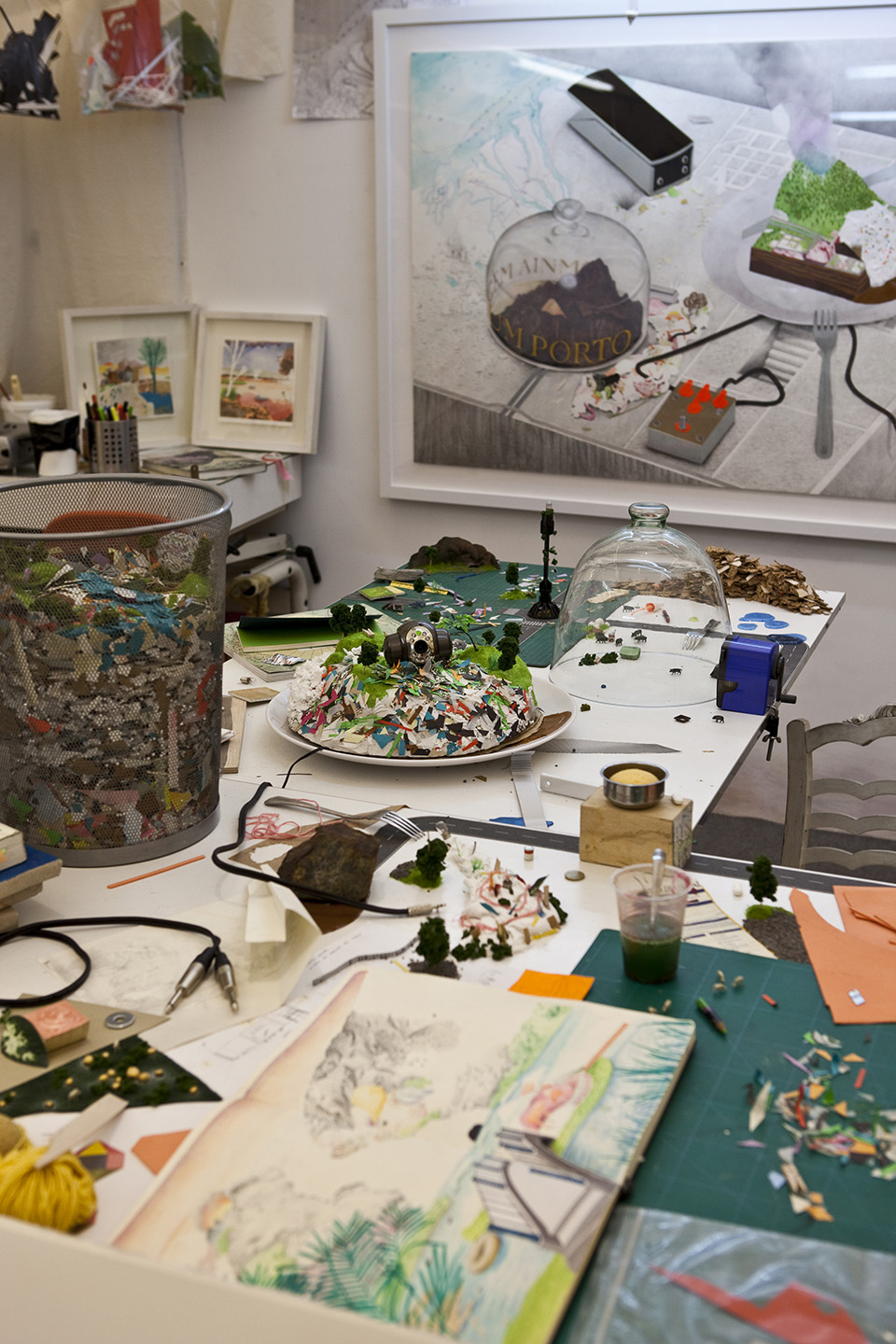 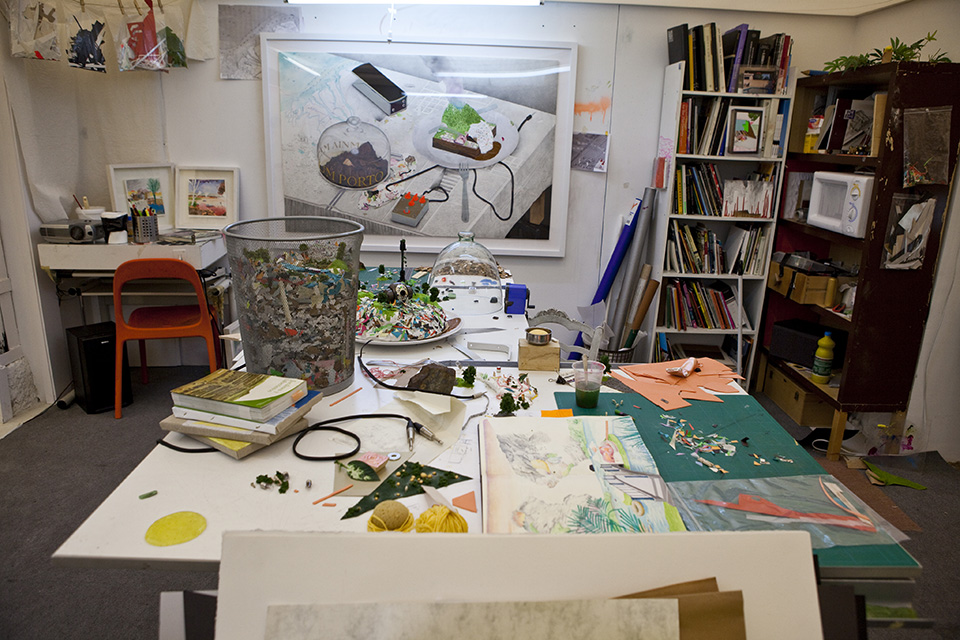 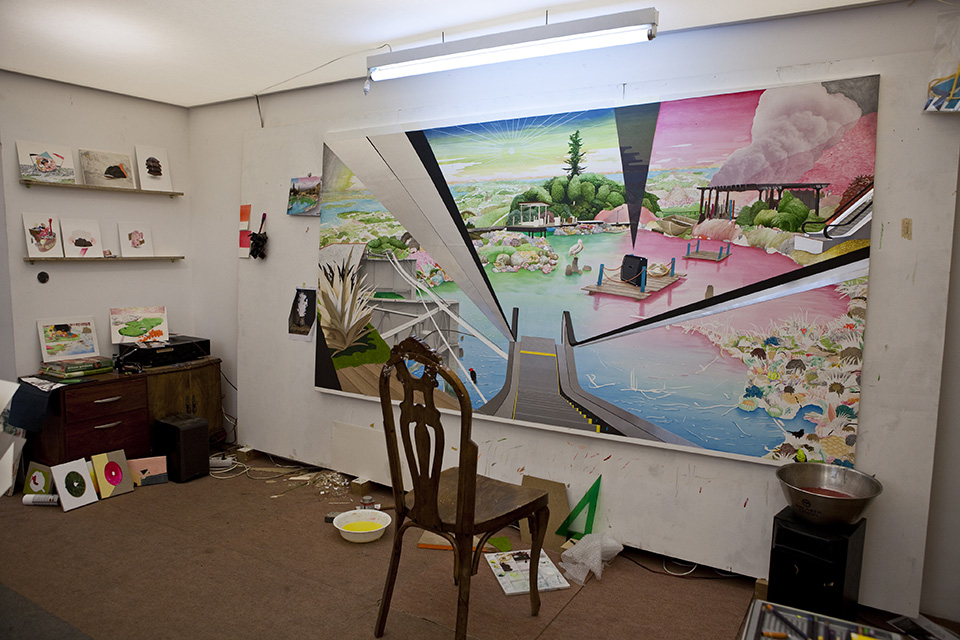 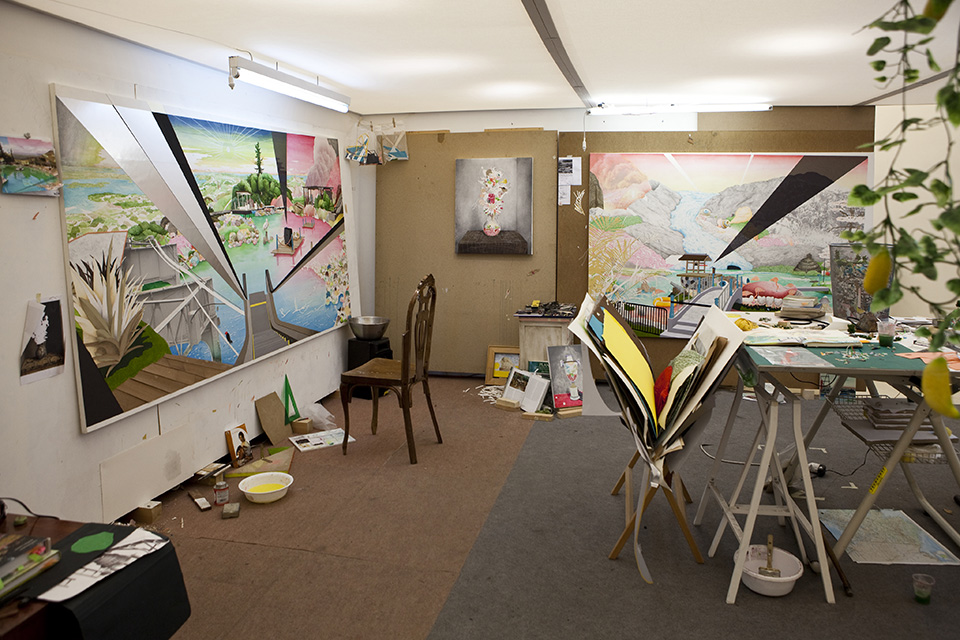 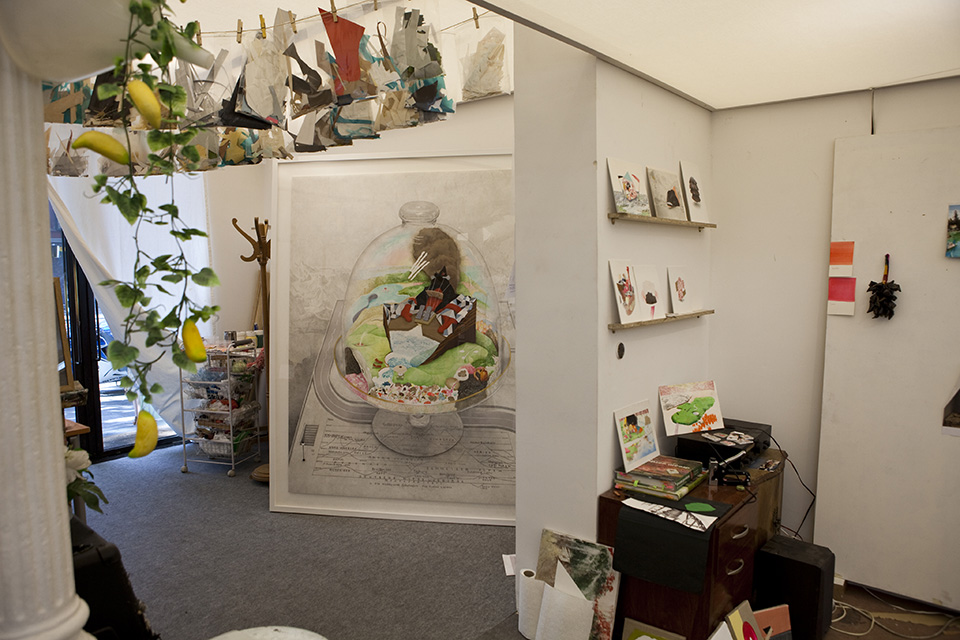 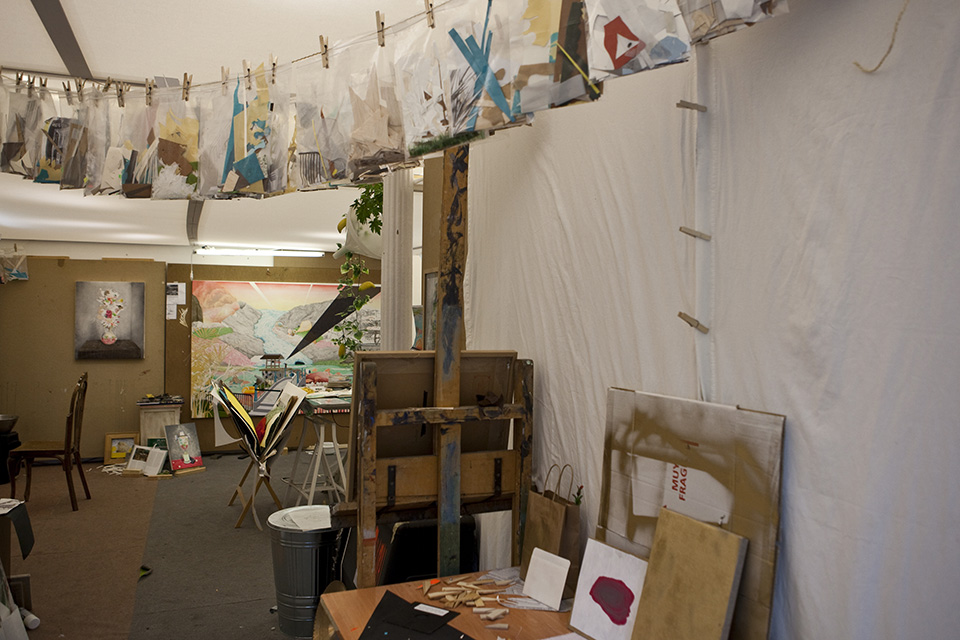 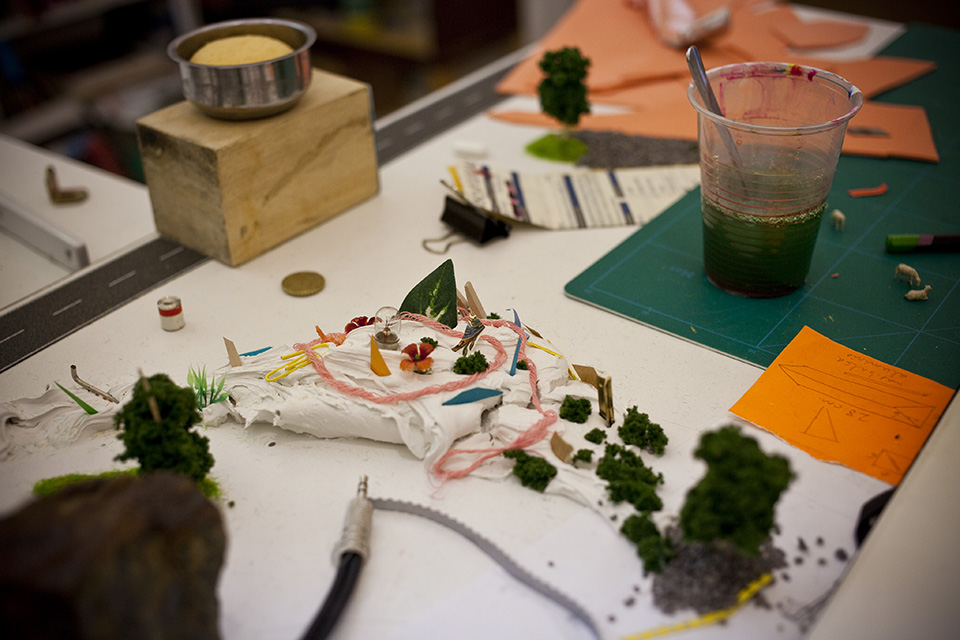 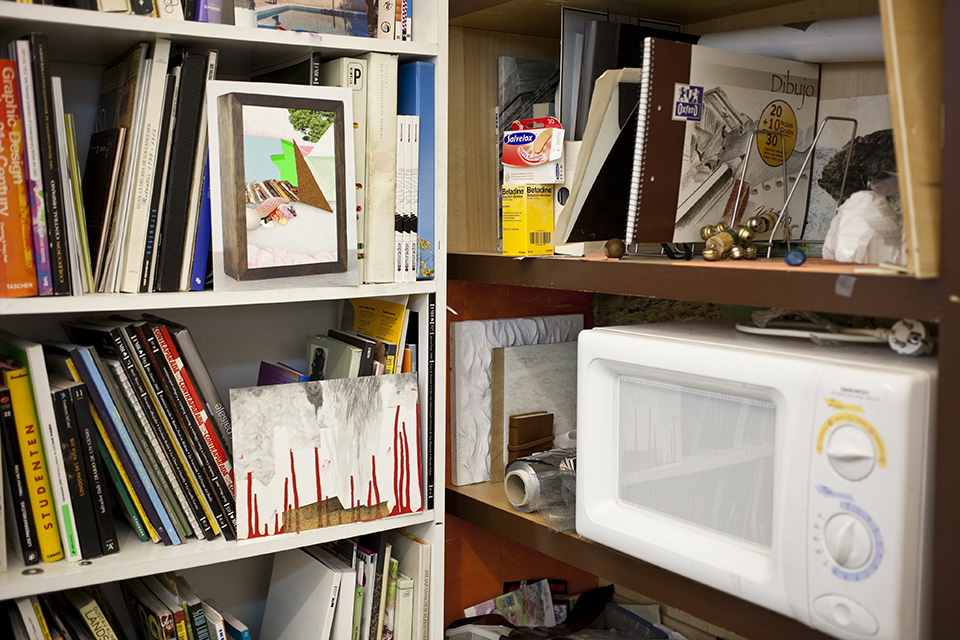 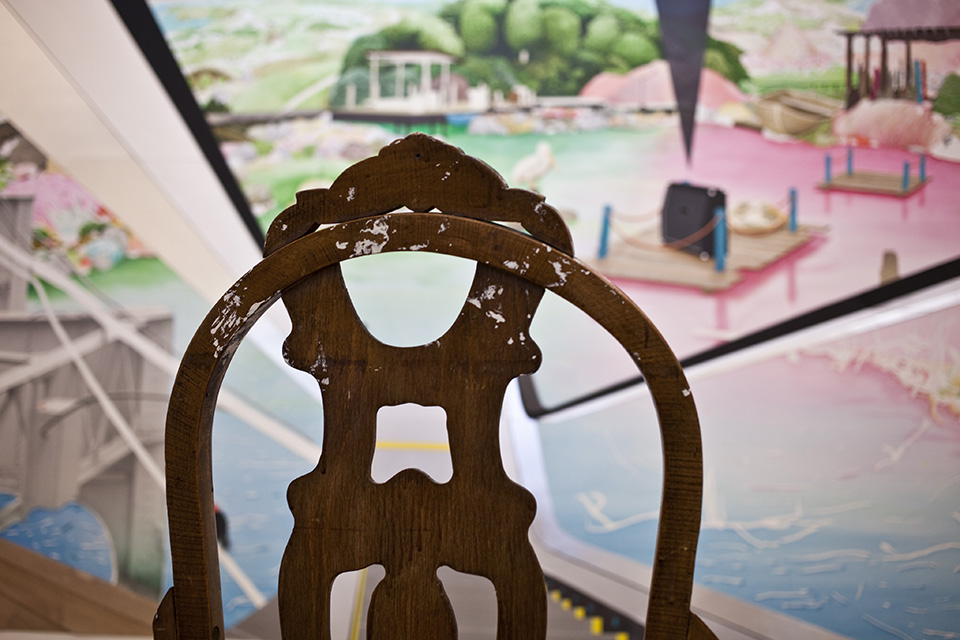 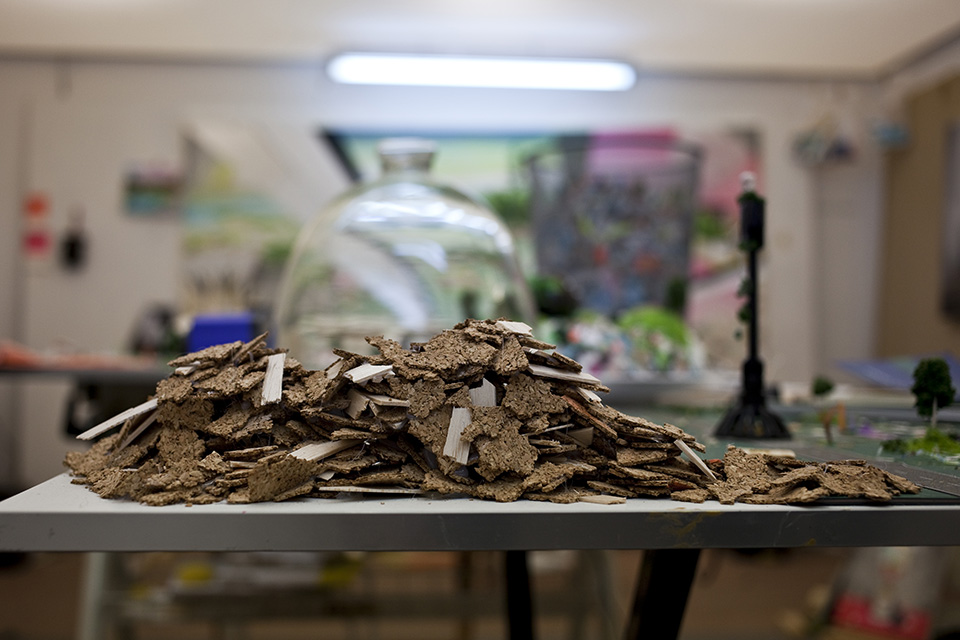 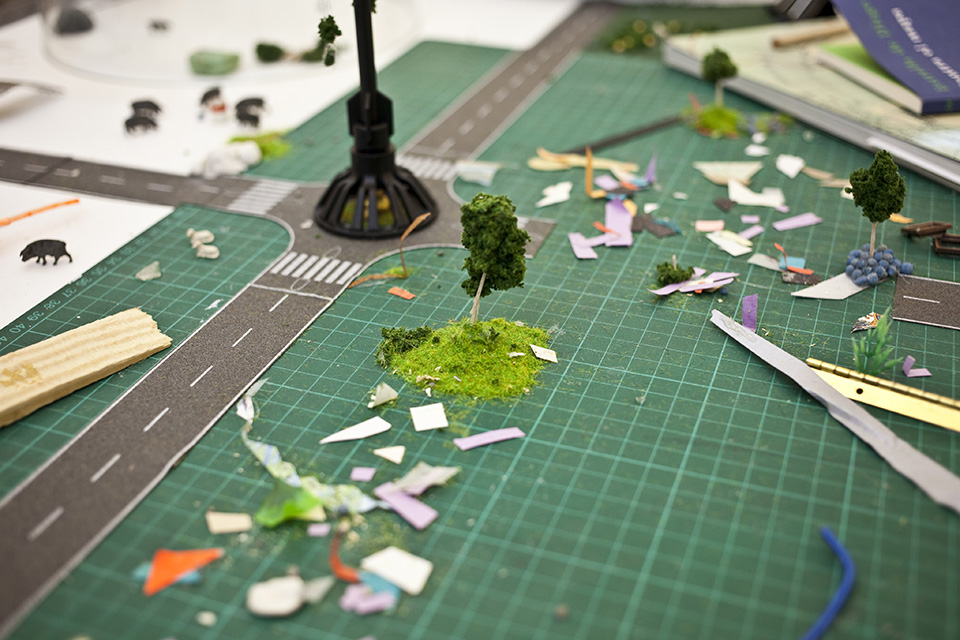 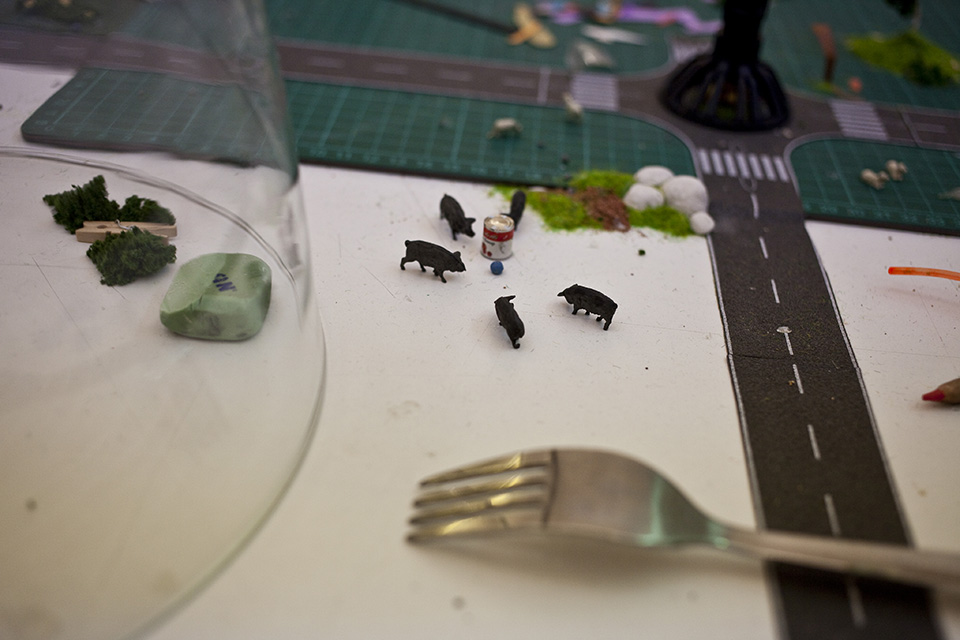 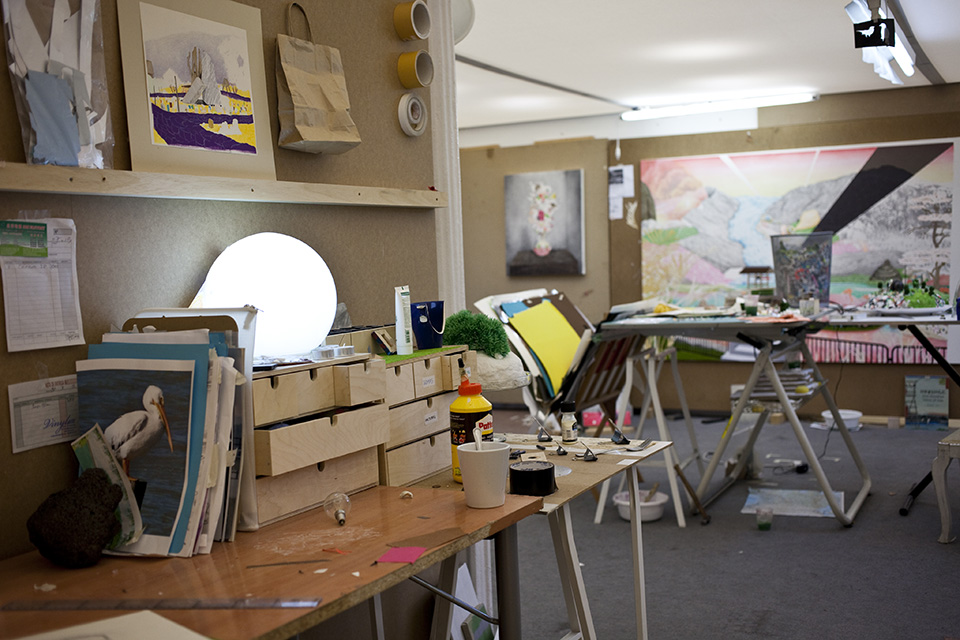 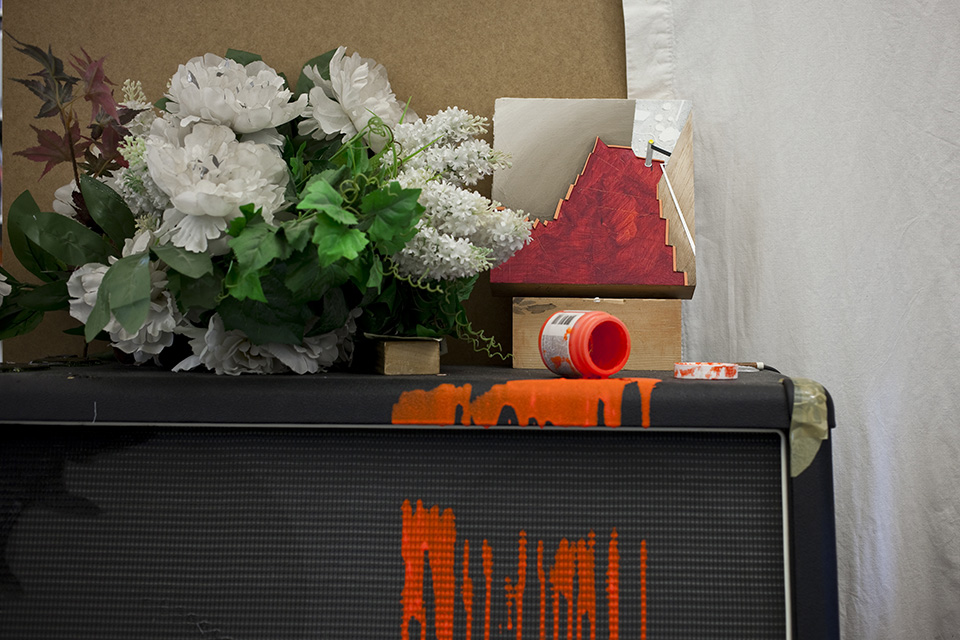 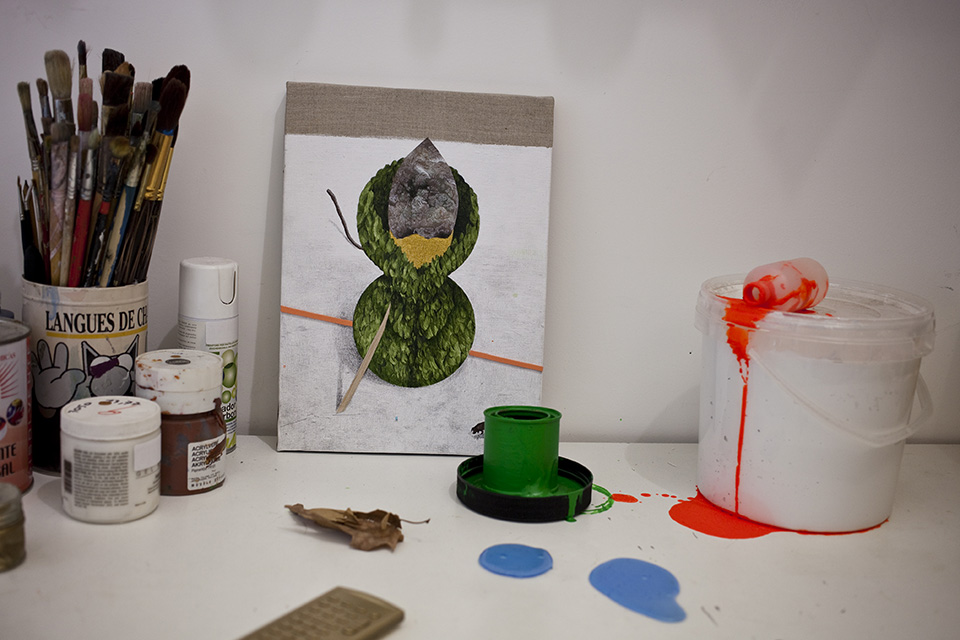 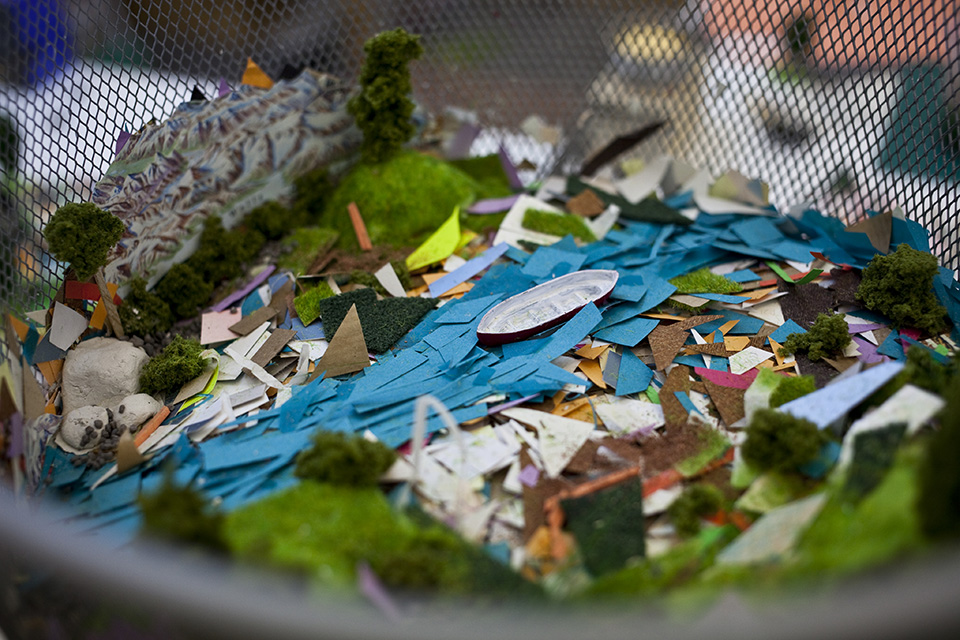